This week, I'm in Brisbane participating in the solemn Red Hat ritual known as NHO: New Hire Orientation. I will receive my Red Fedora. I'm excited.

It's also NAIDOC week. For those that don't know, NAIDOC stands for National Aborigines and Islander Day Observance committee. It's grown to become a week long celebration of first people's stories, achievements and ongoing resistance in the face of a colonial, genocidal denial of their existence, and their rights.

Last year, I had the great privilege of hearing Professor Megan Davis, and Noel Pearson speak at La Trobe University's Ideas and Society event titled "Indigenous Australians: The Promise of the Future".  I saw for myself the glorious canvas inscribed with the Uluru Statement from the Heart. And I heard Professor Davis cogent explanation on why the three step process it calls for is so important.

The Australian nation needs to hear, to listen, and to heed the first people of this land. Many Native Nations occupied Terra Australis for tens of thousands of years. And just this weekend, the Gunditjmara people's 6,600 year old aquaculture system at Budj Bim was inscribed on the World Heritage list by UNESCO. 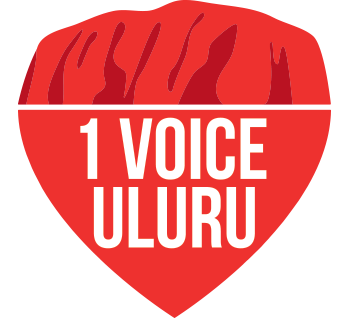 I support the Uluru Statement and I acknowledge the NAIDOC week celebrations and commemorations. Listening carefully to the voices of dissent critiquing both these things, I'm aware that some members of the Victorian Aboriginal community don't support the Uluru Statement. Some first nation people find celebrating NAIDOC week challenging and complicated. I admit and acknowledge I have much to learn on a journey toward understanding.

But for now, for me, this week, I'll don my new Red Hat with pride, and I'll doff it in deference to the Red Heart embodied in the Uluru Statement's call for Voice, Treaty and Truth.