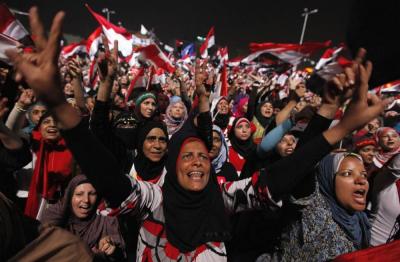 I'm angry and defensive. I don't know why. So I'm trying hard to figure that out right now.

But I don't want to be silent about this.

This is about a discussion at the teamwork and leadership workshop at DrupalCon. For perhaps 5 mins within a 90 minute session we talked about Hitler. It was an intensely thought provoking, and uncomfortable 5 minute conversation. It was nuanced. It wasn't really tweetable.

On Holocaust memorial day, it seems timely to explore whether or not we should talk about Hitler when exploring the nature of leadership. Not all leaders are good. Call them dictators, call them tyrants, call them fascists, call them evil. Leadership is defined differently by different cultures, at different times, and in different contexts.

Some people in the room were upset and disgusted that we had that conversation. I'm really very deeply sorry about that.

Some of them then talked about it with others afterwards, which is great. It was a confronting conversation, and one, frankly, we should all be having as genocide and fascism exist in very real ways in the very real world.

But some of those they spoke with, who weren't there, seem to have extrapolated from that conversation that it was something different to what I experienced in the room. I feel they formed opinions that I can only call, well, what words can I call those opinions? Uninformed? Misinformed? Out of context? Wrong? That's probably unfair, it's just my perspective. But from those opinions, they also made assumptions, and turned those assumptions into accusations.

One person said they were glad they weren't there, but clearly happy to criticise us from afar on twitter. I responded that I thought it was a shame they didn't come to the workshop, but did choose to publicly criticise our work. Others responded to that saying this was disgusting, offensive, unacceptable and inappropriate that we would even consider having this conversation. One accused me of trying to shut down the conversation.

So, I think perhaps the reason I'm feeling angry and defensive, is I'm being accused of something I don't think I did.

And I want to defend myself.

My grandmother was arrested in the early 1930's and held in a concentration camp. She was, thankfully, released and fled Germany to Australia as a refugee before the war was declared. Her mother was murdered by Hitler. My grandfather's parents and sister were also murdered by Hitler.

So, I guess I feel like I've got a pretty strong understanding of who Hitler was, and what he did.

So when I have people telling me, that it's completely disgusting to even consider discussing Hitler in the context of examining what leadership is, and what it means? Fuck that. I will not desist. Hitler was a monster, and we must never forget what he was, or what he did.

During silent reflection on a number of images, I wrote this note.

"Hitler was a powerful leader. No question. So powerful, he destroyed the world."

When asked if they thought Hitler was a leader or not, most people in the room, including me, put up their hand. We were wrong.

The four people who put their hand up to say he was NOT a leader were right.

We had not collectively defined leadership at that point. We were in the middle of a process doing exactly that.

At no point, did anyone in that room, consider the possibility that Hitler was a "Good Leader" which is the misinformed accusation I most categorically reject.

Whilst I agree, and was relieved by that reframing, I would also counter argue that it is English semantics.

Someone else also reminded us, that Hitler was elected. I too, was elected to the board of the Drupal Association, I was then appointed to one of the class Director seats. My final term ends later this year, and frankly, right now, I'm kind of wondering if I should leave right now.

It also included Gandhi, and Mandela.

I observed that I felt sad I could think of no woman that I would list in the same breath as those two men.

So... for those of you who judged us, and this workshop, from what you saw on twitter, before having all the facts?
Let me tell you what I think this was about.

This wasn't about Hitler.

This was about leadership, and learning how we can be better leaders. I felt we were also exploring how we might better support the leaders we have, and nurture the ones to come. And I now also wonder how we might respectfully acknowledge the work and effort of those who've come and gone, and learn to better pass on what's important to those doing the work now.

Dries Buytaert was the final image in the deck.

Dries shared these 5 values and their underlying principles with us to further explore, discuss and develop together.

Prioritize impact
Impact gives us purpose. We build software that is easy, accessible and safe for everyone to use.

Better together
We foster a learning environment, prefer collaborative decision-making, encourage others to get involved and to help lead our community.

Strive for excellence
We constantly re-evaluate and assume that change is constant.

Treat each other with dignity and respect
We do not tolerate intolerance toward others. We seek first to understand, then to be understood. We give each other constructive criticism, and are relentlessly optimistic.

Enjoy what you do
Be sure to have fun.

I'm sorry to say this, but I'm really not having fun right now. But I am much clearer about why I'm feeling angry.