Team Topologies and other organising ideas 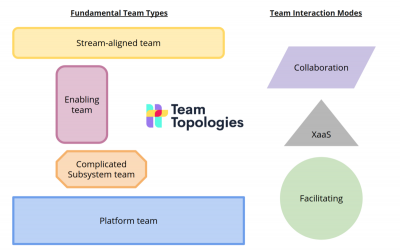 Over the past 3 days, I took part in Team Topologies immersion sessions.

I loved the fact we had clear pre-requisites, so we could start with an assumption that everyone was across the basic concepts. We used Miro as a shared canvas, and worked through a series of exercises to explore the concepts in the book, and practice how they might be applied.  One of the activities that really stood out was this sense-making checklist for identifying independent service heuristics.

But the idea I'm still mulling over, and to be honest, have been noodling over for years now, is how we organise ourselves as humans in collective endeavour. Matthew Skelton said something like: (very loose paraphrase)

"Most organisations don't think about Dunbar's trust boundaries at all. Militaries have known about this organising principle for a long time, some companies do it well, but most don't organise around this concept at all."

I want to know more about this.

Team and leadership analogies that aren't based on sports or militaries are hard to find and prioritise when doing quick and dirty searches.  Sharon Strand Ellison's work, invites us to take the war out of our words. I think about that often. I'm also inspired by the work being done around The Open Leadership Definition.

We've been organising ourselves into groups to get things done for a long time.  Arguably, we've been doing that for longer than we've been able to call ourselves modern humans. But in the tech world, we tend to assume that everything we do is new, and therefore the way we do things must be novel too!

The tools are new, and ever changing through invention, evolution, and revolution.  But the way we relate to each other in the use and development of those tools is embedded in our experience, in our cultures, and in our collective intent.

Team topologies defines four types of teams, and three patterns of interaction those teams can use to work in concert to achieve fast flow of value in software delivery.  Some of us are tempted to extrapolate beyond software delivery to other kinds of value streams.  I know I am! But I'm also cautious about doing so.

I'm in danger of becoming a born again "team topologist", similar to when I first did scrum training. I'm older and uglier now, and more inclined to think critically about new, shiny things. This cartoon by Luxshan Ratnaravi & Mikkel Noe-Nygaard from comicagile.net puts a somewhat humorous, if cynical, spin on the model. 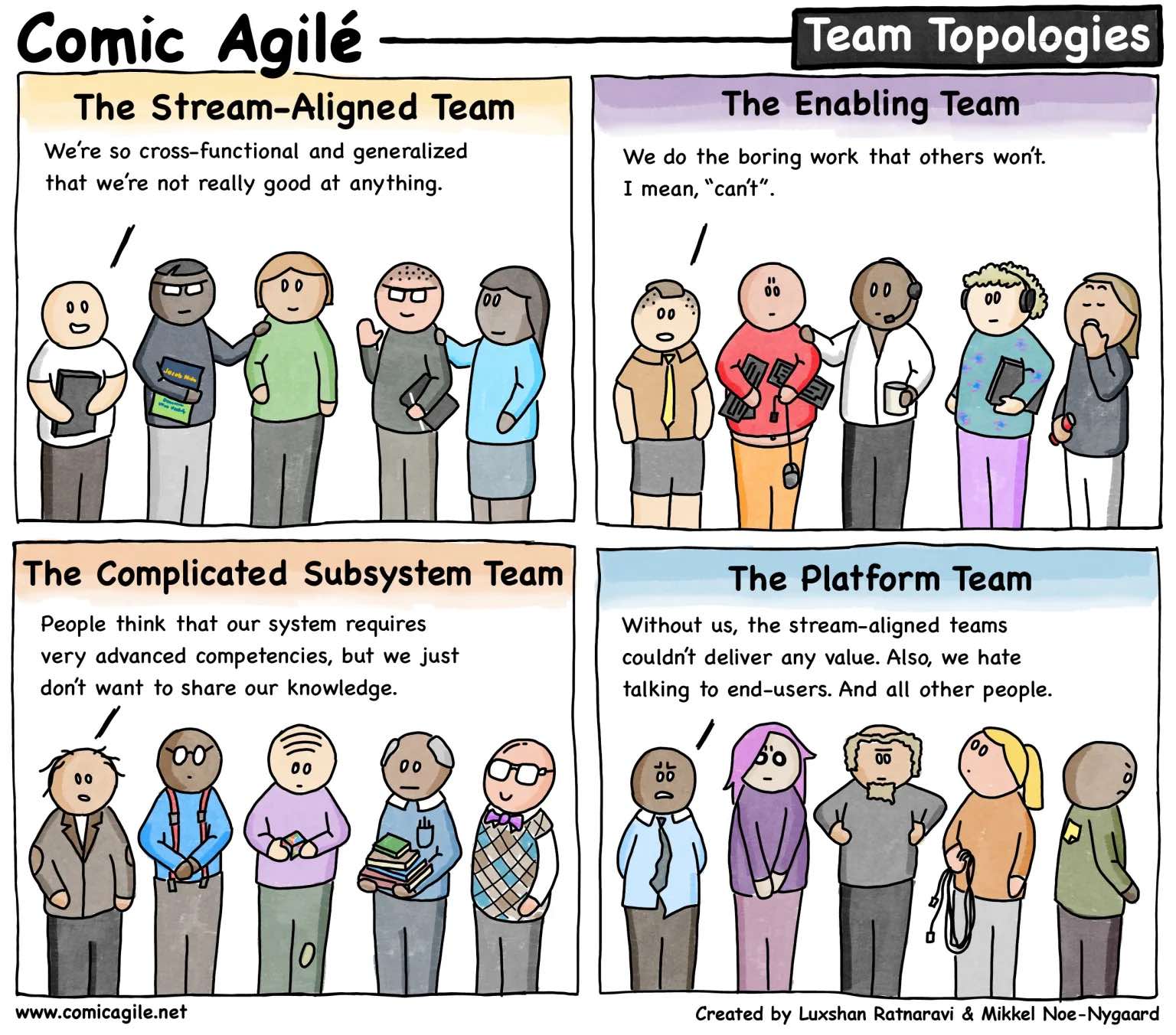 There is always cause to pause before diving in head first. Starting with the smallest step in the right direction, is a proven method for getting unstuck.  So, let's take three deep breaths, reflect, then leap.

As we often say in the Open Innovation Labs, "just start!"