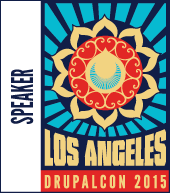 UPDATE 21 March 2015: I cancelled the chook raffle in favour of a bigger better crowdfunding initiative by the whole board of the DrupalAssocation. We are using crowdrise.

And in honour of the humble chookraffle - Everyone who donates over $100 via my page still wins a customised digital chicken badge with their name on it!

update: republishing with some notes from  Peter Wolanin , who has been working directly on the issues that caused me dive in here in the first place. Many thanks Peter for the clarifications and corrections! 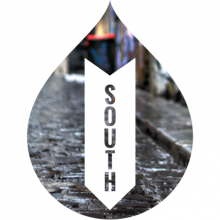 The number of critical issues holding up the release of Drupal 8 is now in the 50s. When will it be released? When it's ready. In the meantime there are some great opportunities around to start to get up to speed on what Drupal 8 is all about. Not least of which are 7 sessions at DrupalSouth in Melbourne next month.

First up, our keynote by Angela "webchick" Byron: Drupal 8: What you need to know 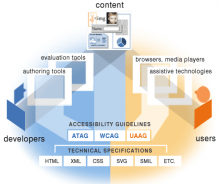 Accessibility matters. For everyone. For those of us who build the web, and for those who use it too. All of us.

Here's some great resources that caught my attention in recent days. 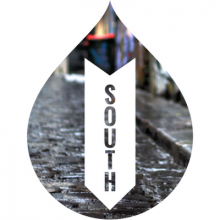 DrupalSouth is the biggest Drupal gathering in the Antipodes.

We'll be at the Melbourne Convention and Exhibition Centre over three days in early March 2015. March 5-7 to be exact. 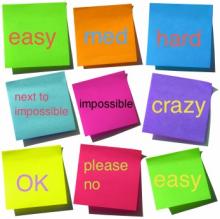 A couple of days ago I found myself describing how to estimate the size of a story. It was coming out in my own words, without references. It felt... right.

One agile approach for "sizing" up a task is to use a relative scale to describe a mixture of effort, complexity and uncertainty.